In 2020 to the end of Q3, Japanese hedge funds generated an absolute return of over 5% while the MSCI Japan index was still in negative territory according to a survey by Sussex Partners, a Zurich/London based investment advisory boutique. Despite their impressive track record, the sector remains relatively unknown.
This webinar will deep dive into the Japanese Hedge Fund Industry and its source of strength and explore how this sector can be developed further and promoted to the global investor community.

Patrick Ghali, Co-Founder and Managing Partner of Sussex Partners (Zurich/London) will talk through the survey by AlphaWeek and Sussex Partners to unveil the Japanese Hedge Fund industry. His talk will be followed by talks on recent initiatives in Tokyo to boost the asset management sector (Akika Hamakawa, FinCity.Tokyo) and on how emerging Japanese fund managers can sharpen their alpha generation capacity further (Chee Hwee Seah, Enfusion). The speakers will then discuss with representatives from AIMA Japan (Nick Silver and Shin Shiraki) the findings of the survey, observations on this sector and how it can grow further.

Zoom webinar （free event) The zoom link will be informed to participants ahead of the event.

Patrick is the co-founder and Managing Partner of Sussex Partners since 2003. he founded Strategic Solutions International, a firm that specialized in fundraising, due diligence and M&A, relating to technology ventures.
Prior to co-founding Sussex Partners in 2003 he worked for Bear Stearns where he was part of a team that established a global private banking operation in London, and where he also advised hedge funds and funds of hedge funds on institutional and pension fund mandates. He was named as one of Financial News’ 40 under 40 Rising Stars in Hedge Funds 2015. He has a B.S. in Finance from the Stern School of Business, New York University 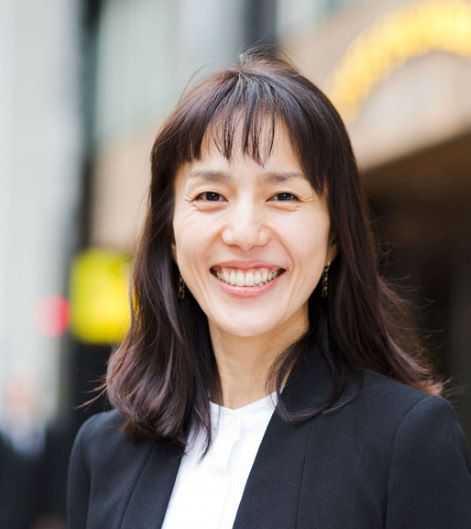 Akika Hamakawa has been with FinCity.Tokyo since its inception in 2019. Prior to that she has been also been at JIAM as Deputy Secretary General. She is seconded to FinCity from Heiwa Real Estate. Prior to that she was closely involved with the creation of JIAM in 2016 and has served as its Deputy Secretary General.  She holds a master’s degree in jurisprudence from Hitotsubashi University, has worked at Mitsui OSK Lines and Japan Airlines.

Chee Hwee Seah has 20+ years of experience in the Financial Technology industry and specializes in the Emerging Manager’s sector for Enfusion. In his career, he has been successfully helping many asset and fund managers to achieve operational alpha and elevate performance with different strategic solutions.

Nick Silver is a Managing Director of Credit Suisse in the Asia Pacific Division, based in Tokyo. He is Head of Equities, Japan and responsible for spearheading the growth of overall Equities franchise, across Sales, Execution, Prime and Research, in Japan. Nick joined Credit Suisse in 2018 from Deutsche Bank, where he was Head of Prime Finance Client Financing and Co-Head of Equity Execution, Asia Pacific. He holds a Bachelor of Commerce and a Bachelor of Arts from the University of Melbourne. Nick Silver has a deep knowledge of Asia’s equity markets and equity financing in the region, having worked in the region for 18 years. He was instrumental in the build-out of Deutsche Bank’s prime finance platform in the region.

Shin has more than 25 years of investment experience with private equity funds, venture capital funds, and hedge funds, both domestic and global. Shin established Monex Alternative Investments (MAI) in 2004 acted as both its CEO and CIO. After the acquisition of MAI by Astmax Co., Ltd., Shin was a director and CIO for Astmax Asset Management Limited.
He currently also serves on the Board of Directors of Aizawa Securities, TSE1 listed 102 years old security house and Asuka Asset Management Ltd, one of the oldest hedge fund managers in Japan.

Prior to this, Shin was in charge of alternative investments at Bank of Tokyo-Mitsubishi UFJ.Shin was one of the founding members of AIMA Japan, established in 2001. Shin serves as the chairman of its executive committee. Shin received his BA in Economics from Keio University and an MSc in Finance from London Business School. He is the author of a book titled “All about Investment Funds (Kinzai)”, published in 2006 and revised in 2014.