While the Seine River overflowed its banks in Paris in late January this year, JIAM representatives were flying from Japan to hold their Paris Roadshow as part of their overseas promotional activities. We were fortunate that one of the most exciting fintech conference in Europe was going on in Paris during our stay.

We had the pleasure to attend the Paris Fintech Forum 2018, which took place at Palais Brongniart on January 30th and 31st, and gathered more than 2,000 attendees; from speeches, interviews of almost 200 CEOs and institutional/government leaders on stage from more than 40 countries, to pitches of 140 fintech startup companies.

Paris, the largest financial center in the European Union, but also the European leader in high-tech and fintech startups, has been attracting a variety of financial business and transactions. The first reforms with several tax cuts and a new labor law, with the aim of reinvigorating the economy, are very well perceived by investors.

Interviewed by Bloomberg News journalist, Francois Villeroy de Galhau (Governor of Banque de France) emphasized on Banque de France being supportive for the development of the very innovative financial technologies. The Banque de France has started in 2016 their first blockchain trial, with the Caisse des Depots et Consignations, a public-sector organization as investor representing the French government, with a Paris-based startup Labo Blockchain and other French banks. [1]

Other central banks have launched similar efforts with the European Central Bank (ECB). In fact, Bank of Japan (BOJ) and ECB started a joint-research project on the possible use of Distributed Ledger Technology (DLT) for financial market infrastructures. A report was released last year as the outcome of that collaboration. [2]

On the addition, the Banque de France, to which the Autorité de Contrôle Prudentiel et de Résolution (ACPR) is attached to, opened its LAB innovation lab last year. As an open space for discussions and collaborative work, the LAB connects start-ups and fintechs, institutional players, grandes écoles and universities in order to explore the impacts of innovative technologies such as Artificial Intelligence (AI) and blockchain on the financial sector. A call for projects has been launched in 2017 where 120 start-ups already applied, and only three projects will be selected.

Convergence of financial stability and financial innovation is important, but more importantly assessing the challenges, risks and opportunities related to the digital transformation and technological innovation in the financial sector. Technology has to be mature enough to provide services that meet high requirements in terms of safety and efficiency. The Fintech Forum, a body for consultation and dialogue with the fintech industry, was set up in that context by the Autorité des Marchés Financiers (AMF) and ACPR. Bringing together fintech, public authorities and supervisors, the forum aims to identify the opportunity and potential risks associated with financial innovation, and give consult on regulations and amendments.

In this new era-technology-led financial services innovators, the Banque de France is collaborating with Finance Innovation, the unique cluster for innovation in the French financial sector who accelerate the development of innovative projects, Station F and the financial incubator Le Swave.

Valérie Pécresse, President of the Regional Council of Ile-De-France, promoted during the Paris Fintech Forum 2018, the regional innovation policy implemented over the last two years. Ile-de-France is one of the 18 regions in France, known as Paris Region and including the city of Paris.

The Paris Region has been supporting the vibrant fintech startup ecosystem by granting aids (in partnership with the Public Investment Bank BPI) in the form of subsidies, loan guarantees or direct capital participation through the Paris Region Venture Fund. To support innovation and attract new businesses to the Paris Region, the “Paris Region Starter Pack” was designed to help startups create a subsidiary in Paris Region. A financial aid up to 250,000 euros to support development of 3 years projects or more will enable startups to finance investments, recruitment, strategic consulting services, international development, patent filing and extension. And the Region is determined to make the region more bilingual, so it can attract more foreign talents. 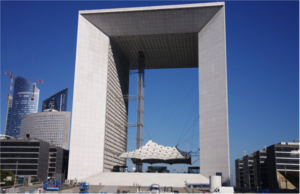 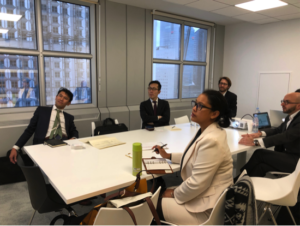 With the coordination of Paris Europlace, JIAM Team visited Station F. Back in the 1920s, Halle Freyssinet was an abandoned railway building that the French billionaire entrepreneur and Iliad founder (a French telecommunication services provider) Xavier Niel bought for €70 milliion. After investing €200 million, he turned 34,000sq meters space into a massive startup campus officially inaugurated in the presence of French President Emmanuel Macron last June. Niel is also spending another €50 million on a three towers offering a co-living space for 600 entrepreneurs to be opened in this year. 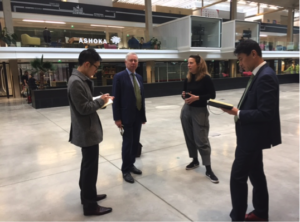 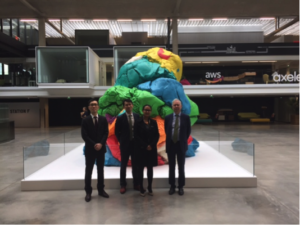 The campus provides a startup zone with 3000+ desks accessible 24/7 for startups, accelerators, incubators, investors, and other facilities open to the public. As non-profit run by a team of 18 people, Station F is working with partners including Facebook, Zendesk, Vente-Privée, HEC, Microsoft, VCs and more. The tech giant Amazon launched an Amazon Web Service Mentor` Office on the campus bringing services to the development of startups. Through different partnerships, Station F is featuring a handful of programs on-site, to date, 28 different programs including StationF`s in-house program for early stage startups.

With one-year partnership with Station F, BNP Paribas is running a program aiming at accelerating 11 startups through PoC development, funding and advices on strategies and business development.

Station F is collaborating with experts from several public bodies for startups that are based on-site represented by La French Tech. La French Tech Central, a 300 sq meters space, has been dedicated for an exchange platform between French and international startups, investors, entrepreneurs and universities. 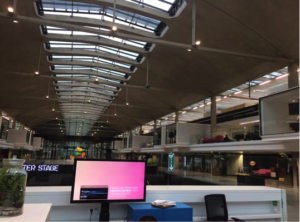 Station F from the entrance 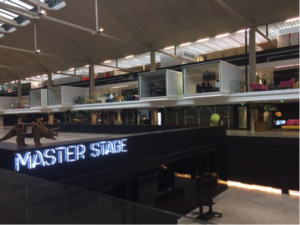 Those principles give startups maximum flexibility, high-quality or proven resources and access to other entrepreneurs.

Mainly early-stage tech startups working full time on a project, having PoC and/or KPI to show, have the chance to be selected by board of entrepreneurs. The selection board is comprised of 100 entrepreneurs from 21 countries, having raised $5 billion, and helps reviewing startup applications.

The program strongly encourages collective intelligence, and has a very diverse and selective community. Only 8% of applicants can join the program, which means those ambitious startups from a wide variety of backgrounds and industries. In an increasingly connected world, collaboration, networking and teamwork are valued in the program. Startups beneficiate as well from daily workshops on different topics.

As TMG is determined to win back Tokyo`s position as the top global financial city in Asia, there are lots to learn from the Paris financial ecosystem, especially the Fintech industry. In this coming era of technology-led financial services, with the fast growing tech companies, JIAM is deepening his ties and collaboration with Paris through Paris Europlace and NewAlpha, but also with Fintech incubators such as Le Swave.

Thanks to Paris Europlace, NewAlpha for all the coordination. Our deepest gratitude to Ms. Bettina Boon Falleur (Visits and Events Coordinator, Station F) and Mr. Edouard Plus (Paris&Co/Le Swave Director). 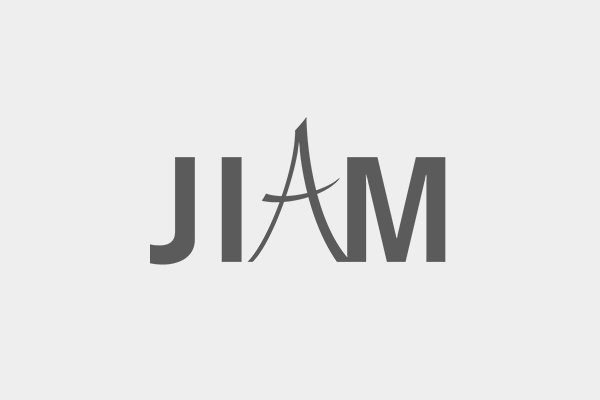 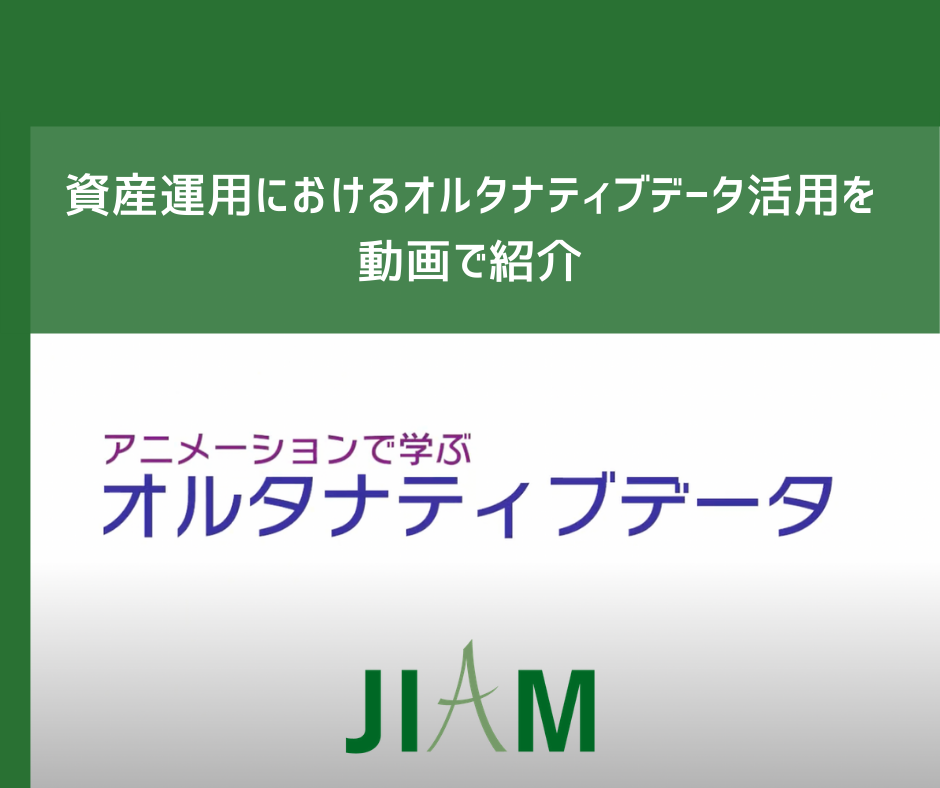